How Do I Get Rid of Pimples after Waxing my Eyebrows?

We have received lots of emails, where girls want to know about pimples and waxing.

You can get rid of pimples after waxing your eyebrows by using olive oil, applying ice, using a moisturizing cream, and avoiding sun exposure. You should drink plenty of water after waxing.

Is it normal to have pimples after waxing?

Yes, it is common after waxing your eyebrows because wax can cause pimples or little bumps and breakout. It can also become the reason of whiteheads.

The reason is that when you will wax your eyebrows your skin pores will be open and dirt in the environment can be grabbed by that open pores. This can also result in an appearance on pimples.

Waxing can cause breakouts it can be due to an allergic reaction or skin sensitivity of the skin. This problem can be minimizing luckily so you do not have to worry it is the common and curable problem.

How Do I Get Rid of Pimples after Waxing my Eyebrows?

what to do Before Waxing your eyebrows?

Here, you will learn about important steps that you should follow before going for eyebrows waxing.

Get rid of dead skin cells:

Before applying wax around the areas of your eyebrows you must need to clean your skin with a good cleanser to remove impurities in the skin.

Take a gentle exfoliator of good quality. Do not use harsh scrubber on your skin because it will open the pores. Gently exfoliate your skin to remove dirt on your skin. You can also wash your face with warm water prior waxing to make sure all makeup and oil are removed.

It is a very important thing but people ignore these steps. You should use gloves to clean your face and avoid hands touching on skin. Because hands contain contamination that could be the reason for microbial infection.

If you make an appointment it is very important that technician wear gloves at least on the one hand that is in contact with skin. If they ask you to help hold skin during the service then ask for a pair of gloves for yourself.

Even if it is your own wax pot then only apply the applicator once and throw it away. Use a fresh stick each time. If you go to the salon for the wax it’s even more important that the salon or professional practices this precaution.

Use essential oil base wax:

Natural oil like tea tree oil has antiseptic properties which are why it’s often used in acne skincare products.
Prone to breakouts after waxing tend to get fewer pimples if it along with other precautions.

You can use a wax that contains the essential oil from these native Australian plants. I also used a wax containing essential oil in it to prevent the pimples after removing hairs.

What to do after waxing eyebrows?

It is essential to take care of your skin after waxing to prevent pimples.

if you are at home apply witch hazel with a cotton ball. Its antiseptic and soothing properties can help ward off infection.

after clean your face apply a good quality antiseptics that kill the bacteria after the wax. You can use an antiseptic lotion for this. It is said to kill 99.99 % of germs, therefore, preventing infection in the empty hair follicle.

Doing anything that is going to make you sweat a lot that day should be avoided. Because excess sweat can become the reason for pimples.

After waxing, do not cover the areas of your forehead or eyebrows it will cause the reason for sweating that ultimately leads to the formation of little pimples around that area.

If you do get pimple after waxing your eyebrows then resist the urge to pop it as this spreads the bacteria and can encourage more pimples. Instead of popping pimples you should apply tiny bit pimple killing cream or ointment.

Home Remedies to get rid of pimples after waxing eyebrows:

It is a natural home remedy for the pimples that are formed around the eyebrows after the wax. Olive oil helps in soothing irritation and prevents ingrown hairs.

Take a half cup of sugar in a bowl. Now take half cup of olive oil in a bowl. Mix both of the ingredients and make a paste. Apply it on affected res and scrub it for 5 to 10 minutes in a circular motion.

It is helpful to get rid of pimples after waxing eyebrows so make the habit of exfoliating with this paste. But do not use it daily. Use it 2 to 3 days a week. Because daily it can harsh your skin.

it is very beneficial for the urgent treatment of the pimples. Waxing eyebrows can cause pimples around the eyebrows that give you bad impact. If you have to go out on party pr function then you need to remove the pimple urgently.

Take an ice cube and rub it on the pimples around the eyebrows area for 15 minutes. It will close the pores of pimples and diminishes the pimple. It gives you a magical effect.

It is a natural plant for the treatment of pimples after waxing eyebrows. It acts as antiseptic and kills the bacteria and makes the skin clean.

If you get pimples after waxing your eyebrows then extract the witch hazel and take it in a bowl soak a cotton pad in this extract and apply it on your affected areas for 2 to 3 times in a day it will prevent you from pimples around the area of eyebrows.

Apple cider vinegar is also affected remedy that is available at home. It contains acid Ph due to its acidic ph it acts as an anti-inflammatory and acts as a bleaching agent.

By applying it on the pimples it will give you a surprise effect and will remove the pimples immediately due to its acidic nature.

Take half a cup of apple cider vinegar and soak cotton pads in it. Now apply it around the areas of eyebrows that are affected. It will remove pimples and prevent the formation of pimples. It closes the pores of the skin to prevent further damage. For a good result apply it on affected areas for 3 times in a day.

It is very helpful in preventing the formation of pimples after the wax. Cucumber juice closes the skin pores and prevents the skin to be dead.

Take a cucumber and extract its juice. Put cucumber juice in a spray bottle and apply it after the waxing of eyebrows. It will prevent the formation of pimples on that area. And makes the skin healthy and fresh.

Green Tea contains polyphenol that can improve oily skin and treats acne. When excess sebum oil secrets from the skin it makes the clog or grease in pores so green tea helps in breaking this cycle of sebum oil.
Soak the green tea bag in water and then applies it on your affected areas leave it for 15 minutes and then rinse it off. It will definitely prevent your eyebrows area from pimples after waxing.

There are some tips to follow after your eyebrow waxing will help you to prevent pimples and bumps:

Avoid all bleaching products for at least an hour after waxing because they will cause itching and irritation. The human tendency to scratch where it itches which can cause a lot of problems.

If you prebooked your heat vapor facial treatment or steam treatment immediately post-waxing then it ill advice you to reschedule it. It will make your skin cracked and dry and cause the reason pimples and breakouts. For today’s question, How Do I Get Rid of Pimples after Waxing my Eyebrows? This is a must.

Don’t touch the area around the eyebrows after waxing. Keep your hands to yourself. Do not keep touching the freshly wax area after the process. That’s because pores are open after the wax and by touching your skin you could be transferring dust and dirt to your pores. Thereby increasing the risk of infection.

Do not scrub your skin with harsh scrubber just after the waxing your eyebrows you can use some soother to give that area cooling effect, you can also use an ice cube and water rose to make the skin cool and to avoid redness of the skin.

You may love frolicking about in the sun but you have to resist the temptation to do so far at least a couple of hours post waxing. This is because right after the waxing your skin is bound to be more sensitive to the sun’s harmful UV rays. When you go out in the sun don’t do so before applying some sunscreen.

It is very important to wash your face with lukewarm water and wipe with a cotton towel with soft handed.

It is common to cause pimples bumps or breakdown of skin after waxing your eyebrows. But fortunately, it is not a permanent problem you can easily get rid of the problem by applying home remedies after the wax.

You can also prevent pimples after wax by taking the above steps it will be definitely helpful for you.

How to Remove Super Glue from Hands at Home?

How to remove hair dye from skin around hairline?

How to treat an infected wound naturally?

How to get rid of coconut oil smell in your hair?

How to Remove Super Glue from Hands at Home?

How to remove hair dye from skin around hairline?

How to treat an infected wound naturally?

How to get rid of coconut oil smell in your hair?

How to Prevent Dandruff in Eyebrows?

Can I Steam My Face Everyday? 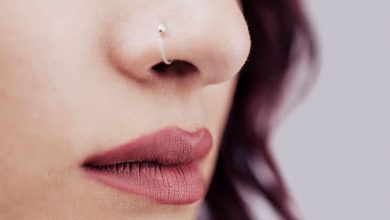 How to Clean a Nose Piercing with Antibacterial Soap? 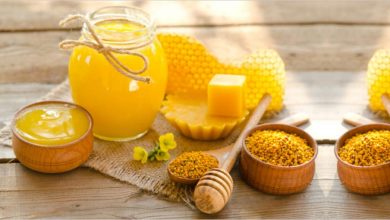 How to Use Beeswax for Skin Care? 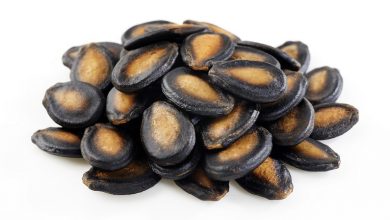 How to Use Watermelon Seeds for Skin?

How to use barley flour for skin whitening?